When Sanjay Dutt told father Sunil Dutt – I have Muslim blood in my veins?

New Delhi. Bollywood actor Sanjay Dutt remains in the headlines due to his personal life more than films. Many controversies are associated with his name. Sanjay Dutt’s name also surfaced in the 1993 serial blasts in Mumbai. For which he was convicted and sentenced to 6 years imprisonment. A film named ‘Sanju’ has also been made on the life of Sanjay Dutt. Which was liked a lot. At the same time, author Yasir Usman wrote the book ‘Sanjay Dutt: The Crazy Untold Love Story of Bollywood’s Bad Boy’ on him. In this, he made many shocking revelations.

Sanjay Dutt’s name cropped up in Mumbai blasts
Yasir Usman wrote at one place in his book that when Sunil Dutt reached jailed Sanjay Dutt, he told his father that he had Muslim blood in his veins. Actually, Sanjay Dutt was arrested after his name came in the Mumbai bomb blasts. However, his father Sunil Dutt could not believe that his son could do such a thing.

Also read: When Shahrukh Khan told Abhishek Bachchan in front of Amitabh Bachchan – if his father could not teach .. 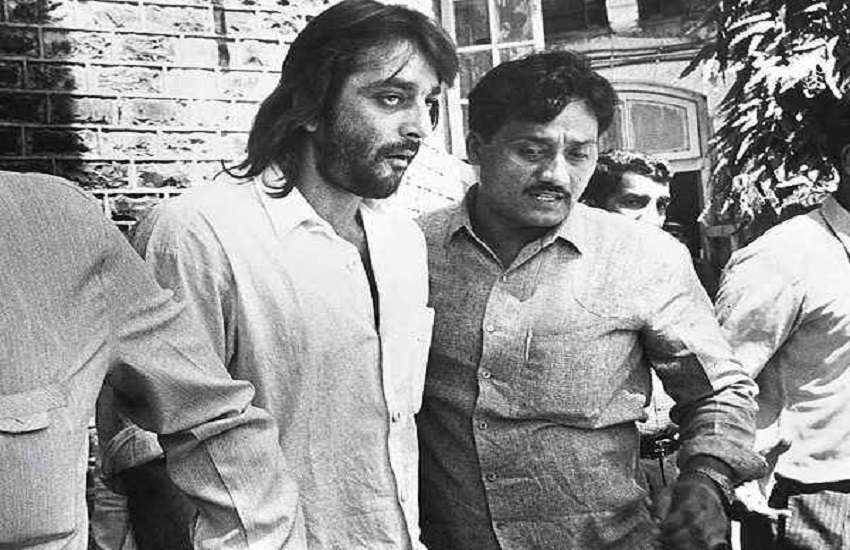 Sanjay Dutt confesses the crime
When Sunil Dutt went to the police headquarters to meet his son Sanjay Dutt, Sanjay Dutt hugged his father and started crying. Sunil Dutt wanted to hear from the son’s mouth that his son has not done anything and whatever is visible in the media is wrong. But Sanjay Dutt admitted that he has an assault rifle and some ammunition, which was given to him by Anees Ibrahim. Sunil Dutt is stunned on hearing this from his son’s mouth. After this, they try to know why they did this? To this Sanjay Dutt says, ‘Because I have Muslim blood in my veins. I cannot tolerate all that happened in the city. (These bomb blasts were done to avenge the lives of Muslims in the Babri Masjid controversy in Mumbai, Sanjay was referring to)’. On hearing this, Sunil Dutt breaks down and leaves from there without saying anything.

Also read: Celina Jaitley was trolled fiercely on the breastfeeding photo, said – till date the reason is not understood

#Rana #Ayyub #Yemen #Rana #Ayyub #Tweets #Saudi #Arabia #Yemen #Conflict #Saudi #Users #Trolls #Supporting #Terrorism Riyadh : The fighting between Yemen and Saudi Arabia has been going on for a long time. But these...