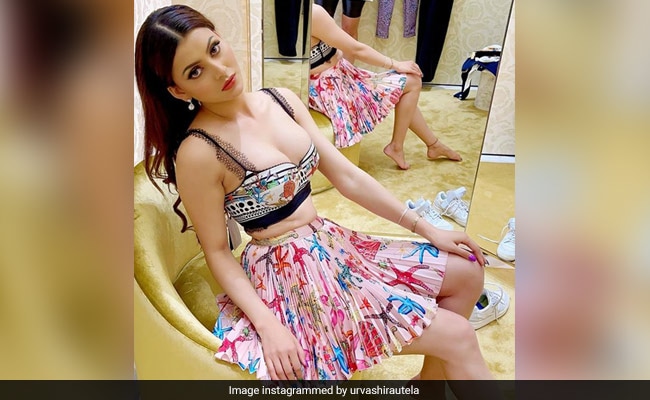 Bollywood’s famous actress Urvashi Rautela is known for her tremendous style and looks. She is also one of the most followed actresses on social media. Urvashi leaves no stone unturned to win the fans by sharing new videos and photos every day. Recently Urvashi Rautela has crossed 39.5 million Instagram followers. He also made and posted a video in this happiness. Now she has shared her photo, in which her look is being praised a lot.

Urvashi Rautela has shared this photo of her on Instagram account. It can be seen in the photo that Urvashi is wearing a pink color mini skirt and her look is also looking great in this dress. In this photo, she is wearing light makeup, which looks great on her. With this photo, he has written in the caption ‘PUNCH ???? ME IN THE HEART ♥️…..HARD’. Fans are very fond of this style of her. A fan has commented and called her ‘Barbie Doll’. So another fan has written ‘You always look beautiful’.

Urvashi Rautela will soon make her Tamil debut with a big budget Tamil film, in which she will play the role of a microbiologist and an IITian. And later she is going to appear in a bilingual thriller. Urvashi was recently seen in her song ‘Dub Gaye’ with Guru Randhawa and ‘Versace Baby’ with Mohammad Ramzan. Urvashi is in the lead role opposite Randeep Hooda in Jio Studio’s web series ‘Inspector Avinash’, a biopic based on the true story of super cops Avinash Mishra and Poonam Mishra.