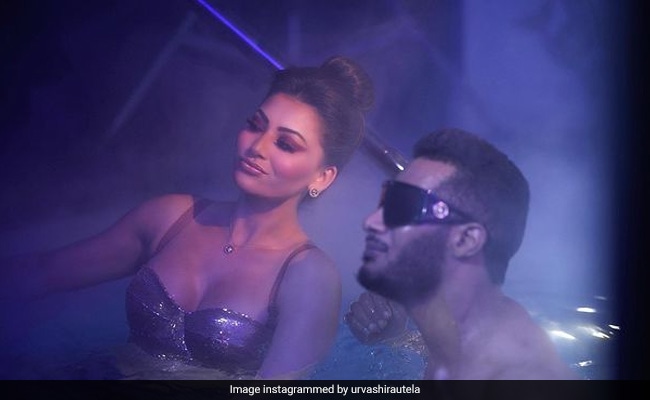 Famous Bollywood actress Urvashi Rautela is known for her acting as well as her beauty. Millions of people like to follow him on social media. The actress wins the hearts of people with her style. Recently Urvashi was seen in ‘Versace Baby’ with Arab superstar Mohammed Ramzan. The songs of Urvashi Rautela and Mohammad Ramzan got a lot of love by the fans. At the same time, the actress has shared some pictures of her Versace shoot on social media. Fans are showering love on these pictures.

Versace Baby completes three months
Let us tell you that three months have been completed for the song ‘Versace Baby’. In whose happiness the actress has shared very beautiful pictures during the shoot. In these pictures going viral, it can be seen that the actress is seen sitting in the pool wearing Shimri Pink Two Piece. Mohammed Ramadan is also seen with him. Sharing these beautiful pictures, the actress wrote in the caption – “Happy 3 months #VERSACEBABY I am going crazy. I love it.” Let us tell you that this picture has been liked more than 75 thousand times.

Urvashi Rautela will be seen in these projects
Talking about Urvashi Rautela’s workfront, she will now be seen in Jio Studios’ upcoming web series “Inspector Avinash” opposite Randeep Hooda. She is also going to make her Tamil debut very soon. It is learned that this will be a big budget film, in which Urvashi will be seen in the role of an IITN and microbiologist. Along with this, the actress will also be seen in the Hindi remake of the bilingual thriller “Black Rose” and “Thirutu Payale 2”.