UP: SEDITION CASE AGAINST SAMAJWADI PARTY MP OVER TALIBAN REMARKS 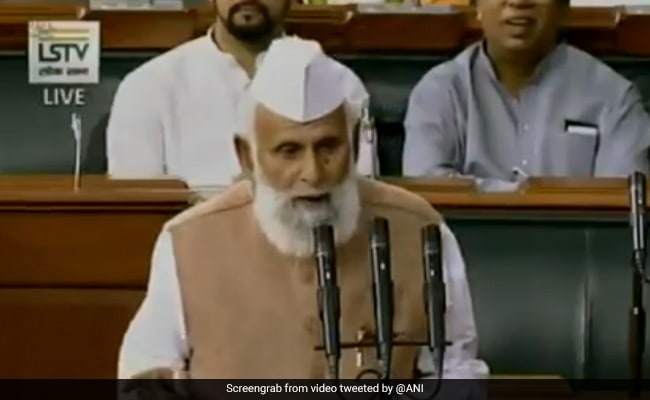 UP: A case of sedition has been registered in Sambhal against Samajwadi Party MP Dr Shafiqur Rehman Burke for his statement in support of Taliban. This case has been registered under Section 153 A, 124 A, 295 A of the Indian Penal Code (IPC) in Sambhal Sadar Kotwali. It is worth mentioning that SP MP from Sambhal in Uttar Pradesh (UP) Burke has said that Taliban are fighting for their country’s freedom and Afghan people want freedom under its leadership. In a conversation with the news agency ANI, Burke came in support of the Taliban and said, ‘When India was under British rule, our country fought for independence. Now the Taliban want to liberate and run their country. Taliban is the force that did not allow strong countries like Russia and America to settle in their country. ‘

Significantly, on Sunday, the Taliban were seen celebrating after the capture of the Taliban capital Kabul. The Taliban have captured the Rashtrapati Bhavan in Kabul. Where there is an atmosphere of panic among the people on the streets of Kabul. At the same time, the Taliban were seen celebrating and relaxing after eating and drinking in the royal Rashtrapati Bhavan. US President Joe Biden gave a sharp reaction to the President of Afghanistan and other top leaders of the government, who fled the country in a situation of crisis. Biden said that the Afghan government, ousted from power, halted a pre-determined process of returning the countries of the NATO alliance. They feared that this would send a message that we had lost faith in them. The US president said Afghanistan’s political leadership had failed to come together and advance the dialogue for the country’s future.