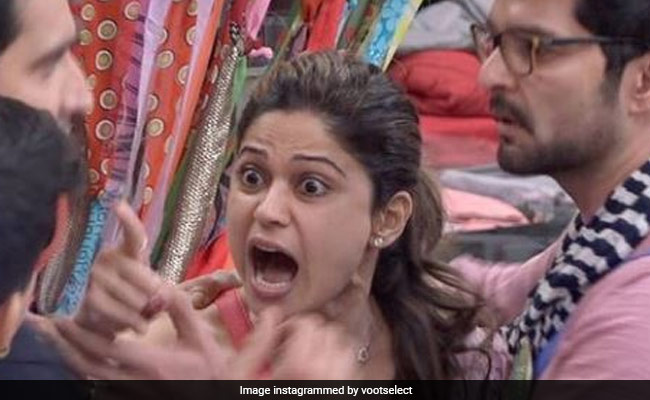 Bigg Boss OTT has started. On the day of the premiere itself, it was clear that many types of wars would be seen in the coming days. Boys were first entered in the premiere of Bigg Boss OTT and then the girls were asked to choose their connection from among them. The host of the show is Karan Johar. The first among the girls came ‘Sharara Girl’ Shamita Shetty and she chose Rakesh Bapat, but one of her comments had gone to Pratik Sehajpal, due to which there was a rift between the two. .

Shamita Shetty told this to Prateek Sahajpal
After taking entry from Shamita Shetty in Bigg Boss OTT, she was asked to choose one of the boys as her connection. He chose Karan Nath and Rakesh Bapat. Both were given the task of making BHEL Puri. Shamita really liked Rakesh’s bhel and chose Rakesh as the connection. But before that he had praised Prateek Sahajpal, and described his look as Korean. Shamita told that she also likes the Korean series very much.

Shamita pricked Prateek
In this way in Bigg Boss OTT, Shamita Shetty gave a compliment to Prateek, but he took it as a taunt. Prateek said that you were trying to say something else, not Korean. Shamita Shetty is surprised at this, and then comes in full attitude. She says that I wanted to say what I said, but whatever you want, I can not do anything about it. In this way, there has been tension between the two on the very first spot. The effect of which is going to be seen inside the house as well.