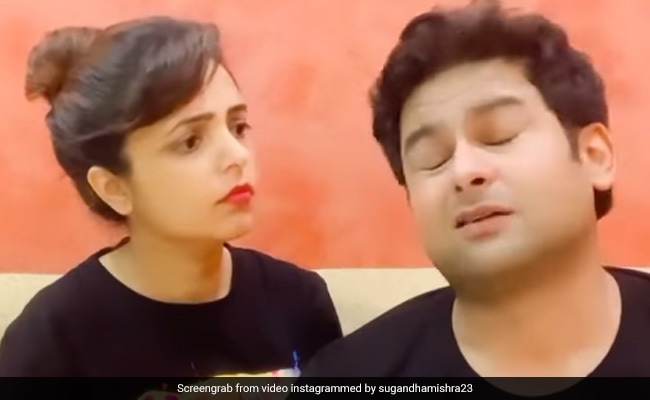 In the video shared by Sugandha Mishra, Sanket Bhosale can be seen saying: “Dude I don’t like being with you anymore, you don’t like me” to which Sugandha is seen saying : “But you used to say that I am the queen of your dreams.” On hearing this, Sanket replies to him in a funny way: “Yes, now I have got up.” This funny video of Sugandha Mishra and Sanket Bhosle is becoming very viral.

Please tell that Sugandha Mishra and Sanket Bhosale got married on 26 April this year in Jalandhar. Sugandha Mishra knows how to do comedy as well as singing and acting. He has made people laugh in many TV shows. Sugandha has also been a part of The Kapil Sharma Show. He has worked in the film ‘Heropanti’. Apart from this, Sugandha has also sung in the films ‘Shri’ and ‘Kamaal Dhamaal Malamaal’. Talking about the signs, he mimics Sanjay Dutt brilliantly and due to this he has become quite famous.