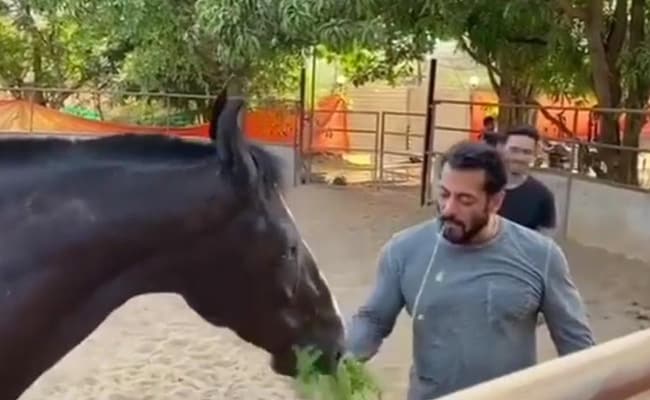 Salman Khan’s fan following is very strong in India and this is the reason why a large number of people follow him on social media as well. Fans are ready to do anything for Salman Khan. It does not take any time for any post of Salman to go viral on social media. A video of Salman Khan has surfaced, which is now going viral. In this video, Salman is seen at his farm house.

In the video going viral, Salman can be seen at his farmhouse. In this, he is seen feeding his horse. It can be seen in the video that Salman is standing near the horse and has fodder in his hand. When they go, they feed the horse with leaves, but after chewing themselves, they start eating its food. His fans are surprised to see this unique style of Salman Khan and they say that if there is a brother i.e. Salman Khan, everything is possible. Fans are also giving their own reactions on the video.

Commenting on this video of Salman Khan, a fan wrote, ‘Salman Khan after hearing the news of Katrina’s engagement’. So there another wrote, ‘Ghoda Shock Sallu Rock’. Many such funny comments are being seen on Salman’s video. Significantly, Salman Khan is often seen spending time at his farm house in Panvel, Mumbai.