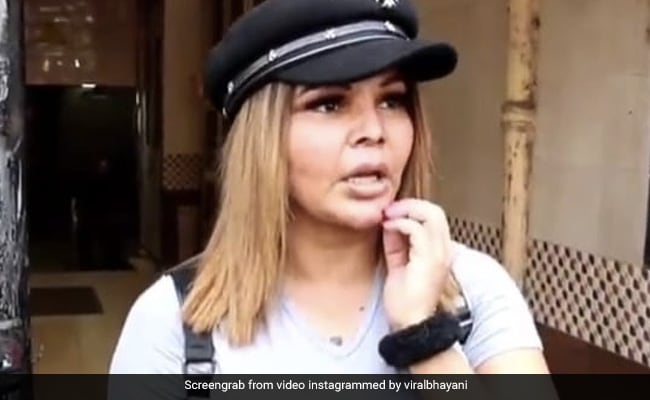 Rakhi Sawant remains in the headlines every day. Sometimes dance videos and sometimes beach street entertains the fans in a funny way. Now again a news is coming about Rakhi Sawant that she has lodged a complaint against a person at Oshiwara police station. In this regard, a video of Rakhi Sawant is going viral, in which she is telling that a person entered her house and broke the door. After this incident, he has lodged his complaint with the police.

Rakhi Sawant is seen saying in the video: “I am currently living in a substandard building. Just put a prisoner in jail at the police station. Put him in jail because he had entered my house and The door was broken. I have lodged a complaint with Oshiwara police station. I was not in the house when he entered the house. I don’t live in a good area right now.” This video of Rakhi Sawant has been shared by Vilar Bhayani on his Instagram.

Let us tell you that Rakhi Sawant has a lot of new projects ever since she came out of Bigg Boss. Recently, after the song ‘Dream Mein Entry’, now Rakhi Sawant’s second song ‘Lockdown’ has been released, which is being well-liked. Rakhi Sawant has also played an important role in many Bollywood films, including ‘Main Hoon Na’ and films like ‘Dil Bole Hadippa’, ‘Joru Ka Ghulam’, ‘Ek Kahani Julie Ki’ and ‘Buddha Mar Jayega’.