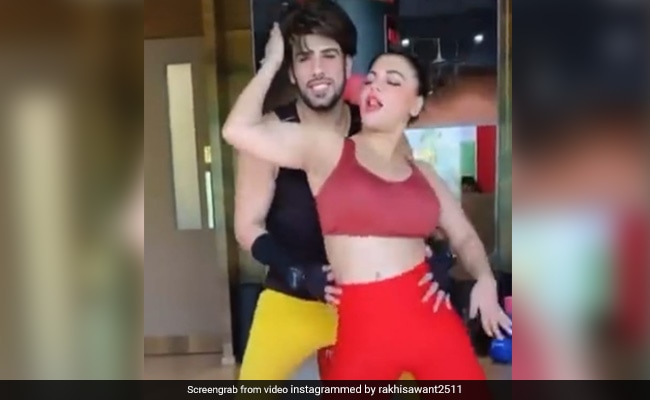 Rakhi Sawant has shared this dance video of her on Instagram account. In this video, it can be seen that she is dancing with her partner in the gym in a tremendous way on the song ‘Qayamat’. Fans are very fond of this video of Rakhi. Now thousands of views have come on this video. One of his fans has commented and written ‘Kya baat hai tremendous dance’.

Let us tell you that Rakhi Sawant is in a lot of discussions after coming out of Bigg Boss and she has a lot of projects. Recently her song ‘Dream Mein Entry’ was released, after which now Rakhi Sawant’s second song ‘Lockdown’ has also been released, which is being well-liked. Rakhi Sawant has also played an important role in many Bollywood films, including films like Main Hoon Na Aur, Dil Bole Hadippa, Joru Ka Ghulam, Ek Kahani Julie Ki and Budha Mar Jayega.