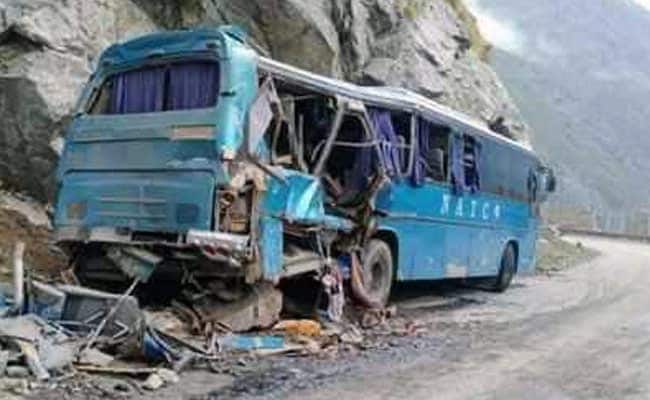 India has termed as “untrue” Pakistan’s allegations of supporting Indian intelligence in the bomb attack on a bus in Khyber Pakhtunkhwa province last month. India said it was an attempt to divert the attention of the international community from Pakistan’s role as a “centre” of regional instability and a “shelter” for banned terrorists. It is noteworthy that on July 14, 13 people were killed in an explosion in a bus carrying Chinese engineers and workers at the site of the under-construction Dasu Dam. After this Pakistan ordered an inquiry into the incident. Nine Chinese engineers and four other people were killed in this.

Congress battling financial crisis! The treasurer said- “I am trying to save every rupee”

Reacting sharply to the Pakistani Foreign Minister’s allegations in the matter, Foreign Ministry Spokesperson in Delhi Arindam Bagchi said that this is yet another attempt by Pakistan to malign India by making it the “centre” of regional instability and banned terrorists. To divert the attention of the international community from its role in being a ‘refuge’. Significantly, in a press conference in Islamabad on Thursday, Pakistan’s Foreign Minister Shah Mehmood Qureshi, referring to the completion of the investigation of the attack, had alleged that India’s Research and Analysis Wing (RA) and Afghanistan’s Directorate General of National Security were behind it. Is.

Foreign Ministry spokesman Bagchi said, “We have seen the absurd statement of the Foreign Minister of Pakistan regarding the Dasu incident.” As far as terrorism is concerned, the global community is aware of the credibility of Pakistan. “This is yet another attempt by Pakistan to tarnish India’s image in order to divert the attention of the international community from its role in being the ‘centre’ of regional instability and a ‘safe haven’ for banned terrorists,” Bagchi said.

Danish Siddiqui didn’t ask us for permission, was killed in crossfire: Taliban to NayaTez