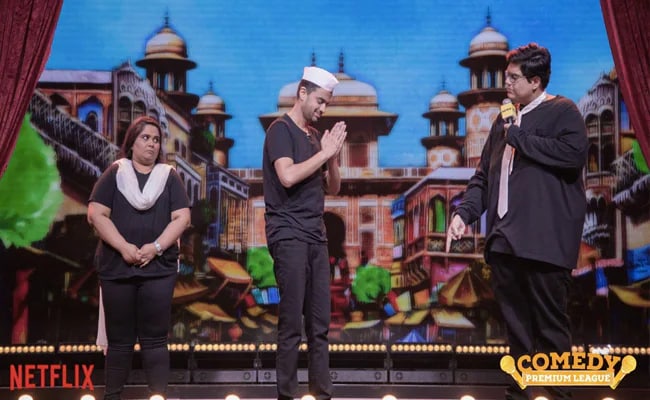 Netflix has brought ‘Comedy Premier League’ to premiere on August 20

If laughing is a good exercise, then Netflix has brought you some such exercise. Yes, Netflix has brought it. The best, funny and entertaining show that will make you laugh. Netflix’s upcoming comedy series Comedy Premier League in which comedians will go to any extent to win the crown of this championship. Not only this, the champions will be seen raining laughter and laughter. This will be a new kind of comedy show which will increase the excitement level of the audience.

Will premiere on August 20
Let us tell you that the premiere of this series is going to happen on August 20. Never ending funny jokes will be heard in this series. Here you will get to see war, improv, skit, stand-up, punchline, presentation comedy as well as many styles of comedy. Funny jokes in this series will make you laugh. This is a little different from the rest of the comedy championships. It will be divided into all four groups. Everyone will be in front of each other, but this will not be a war of wisdom and words, but funny arrows of laughter and jokes will be fired. The level of competition will also increase at every next level. Kenny Sebastian, Mallika Dua, Sumukhi Suresh and Amit Tandon will be seen as the captain of the team.

there will be no limit to jokes
Produced by OML, Comedy Premiere League features many of India’s captains, including Akash Gupta, Kaneez Surka, Prashasti Singh, Rahul Dua, Rahul Subramaniam, Rohan Joshi, Rytasha Rathore, Samay Raina, Sumaira Sheikh, Sumukhi Suresh, Tanmay Bhat and Uroj Ashfaq. And famous comedians will also be seen. So what are you waiting for, get ready for a competition where there is no limit to the fun. At the same time, it will also have to be seen who will win the title of Best Comedy Team. Now everyone is curious to know who will win in this war of laughter.