Nag-panchami-in-2021 : After 108 Years, A Coincidence Is Being Made On The Day Of Nag Panchami, On This Day The Worship Of Nag Devta Will Give Freedom From Kaal Sarp Dosh – Nag Panchami 2021 : 108 Years Later On Nag Panchami A wonderful coincidence is being made, if you do worship like this, then every work that has been stopped will be completed 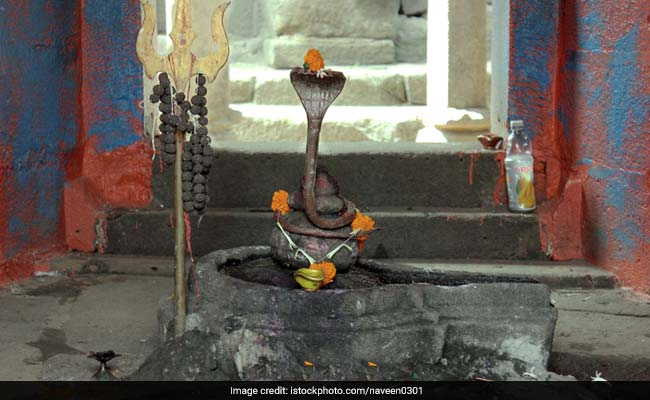 Nag Panchami: This year, a rare combination of Uttara Yoga and Hasta Nakshatra is happening on the day of Nag Panchami.

Nag Panchami 2021 : The festival of Nag Panchami has special significance in Hindu culture. On this day, Nag Devta is worshiped in the form of snake snakes. There is such a religious belief that Lord Krishna had killed Kaliya Nag on this day, after which Kaliya Nag had to leave the Yamuna river and go towards the sea. Nag Panchami is celebrated on the fifth day of Shukla Paksha of Sawan month. This year Nag Panchami is on 13th August and after 108 years on this day it is such a rare coincidence that the worship of Nagdevta performed on this day will prove to be especially beneficial. This year, on the day of Nag Panchami, a rare combination of Shin Nakshatra is being formed along with Uttara Yoga and Hasta Nakshatra, which is especially effective for the prevention of Kaal Sarp Dosh.

Every festival in Hindu culture is celebrated on the basis of astrology calculations. In such a situation, in the year 2021, the festival of Nag Panchami will be celebrated on 13th August i.e. on the day of Nag Panchami of Shukla Paksha of Sawan month. According to astrological calculations, after 108 years on the day of Nagpanchami, a rare combination of Shin Nakshatra along with Uttara Yoga and Hasta Nakshatra is going to happen on the same day. This coincidence is also special because the worship of snake deity in this nakshatra has special significance as well as people who have Kaal Sarp Dosh in their horoscope. If those people worship Nag Devta in Shin Nakshatra to get rid of this defect, then they get a lot of benefit of this worship and due to their Kaal Sarp Dosh, the stalled work starts happening.

108 years ago, on the day of Nagpanchami, Uttara Yoga, a rare combination of Shin Nakshatra with Hasta Nakshatra was formed. In such a situation, the festival of Nag Panchami in 2021 has become very special. Because there are many such people, who were waiting for the right time for Kaal Sarp Dosh Redressal for many years. Therefore, all those people can take special benefit of worshiping Nag Devta in this holy constellation. Because after 108 years such a rare coincidence is going to happen. Worshiping Nag Devta in this combination, along with fulfilling all the wishes, the effect of Kaal Sarp Dosh is also reduced to a minimum.