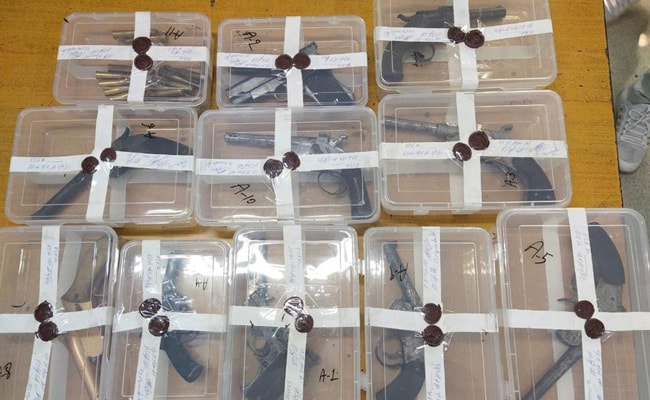 Large cache of arms recovered in Delhi before 15th August.

Before August 15, the Special Cell of Delhi Police has caught a large cache of illegal weapons. After arresting 4 accused of illegal arms smuggling gang, the police have recovered 55 pistols and 50 cartridges from them. These weapons were to be supplied to criminals in Delhi and NCR. According to Special Cell’s DCP Sanjeev Yadav, in view of the upcoming Independence Day celebrations, a special vigil is being kept on illegal arms smugglers.

During surveillance, it was revealed that illegal arms are supplied to Delhi by the members of the Inter-State Arms Syndicate from the areas of Khargaon, Dhar, Sendhwa and Burhanpur (MP), among other regions of the country. After getting concrete news of two gang accused Rajveer and Dheeraj, the police laid a trap to arrest them and both were arrested.

UP: Three accused caught on camera attacking Muslim man got bail within 24 hours

In a third operation, the Special Cell team got information about the absconding criminal Dharmendra alias Dharmu who was close to the Kaushal gang. It was also revealed that Dharmendra alias Dharmu is also supplying illegal arms to the gang members from Mewat and Western UP, immediately on getting information about the activities of accused Dharmendra, a raiding team was formed, who had raided the Dwarka sector. A trap was laid near the bus stand underpass. While arresting the accused, the police recovered 20 pistols and 30 live cartridges.