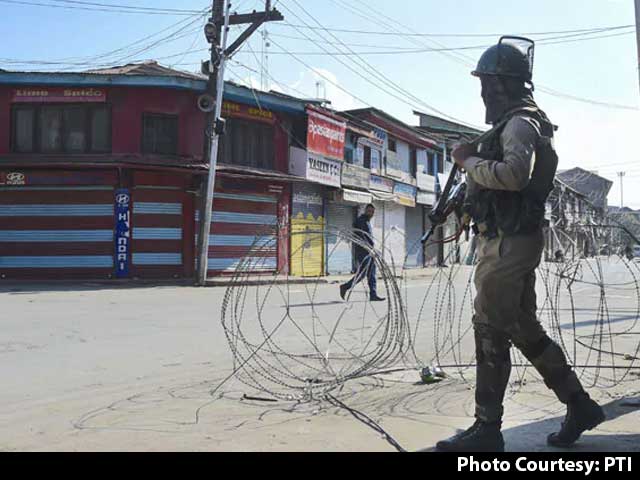 The Jammu and Kashmir Police on Tuesday lathi-charged a group of journalists covering the traditional Muharram procession here, drawing condemnation from various quarters. Police also detained some Shia Muslims who were trying to take out a procession on the eighth day of the 10-day mourning period of Muharram at Jehangir Chowk in the city. Journalists told that the media persons were performing their professional duty when the police lathi-charged them. Most of these media persons were photo and video journalists. He said the policemen thrashed some journalists with sticks and damaged their equipment. Videos of the incident have been uploaded on various social media platforms. A senior police officer reached the spot and assured the journalists that the matter would be investigated.

How India brought back diplomats from Afghanistan, read the inside story

The Kashmir Press Photographers Association (KPPA) has condemned the use of force by the police. This organization of photojournalists said in a statement, “KPPA terms this action as unjust and unwanted. It is very unfortunate that the police thrashed photo journalists performing their professional duty and prevented them from performing their professional duty.” This traditional Muharram procession passes through Abi Gujar, Lal Chowk and Dalgate areas but in the year 1990s. Terrorism has been banned since its inception because officials believe religious gatherings are used to promote separatist politics.

Kashmir Inspector General of Police Vijay Kumar said that the police respect the religious sentiments of the people but at the same time it is the joint responsibility to thwart the designs of those working under vested interests who are trying to disturb the peaceful atmosphere. . Meanwhile, National Conference vice-president Omar Abdullah said the police action was unfortunate and hoped that Jammu and Kashmir Lieutenant Governor Manoj Sinha will ensure that such an incident does not happen again. Abdullah tweeted, “Very unfortunate to see journalists being brutally thrashed by J&K Police in Srinagar. These people were just doing their job. Was reporting the news. He was not making the news and he was not the creator of the event for the news. I hope the Lieutenant Governor of Jammu and Kashmir will ensure that this does not happen again.”

Afghan Crisis: Taliban said… there will be no threat to any country from Afghanistan

He demanded a fair probe into the matter and compensation to those photojournalists whose equipment was damaged during the police action. Mehbooba Mufti, president of the People’s Democratic Party, tweeted, “The media is debating for hours on the crisis in Afghanistan and the human tragedy, but will they raise their voice for the members of their own community in Kashmir who have been killed by the security forces. Beaten up badly today for work?” The Jammu and Kashmir Pradesh Congress Committee (JKPCC) issued a statement terming the incident as “unfortunate”. Sajjad Lone’s party Jammu and Kashmir People’s Conference also condemned the incident. His party’s senior vice president Ghulam Hassan Mir termed the beating of media personnel as “undemocratic”.