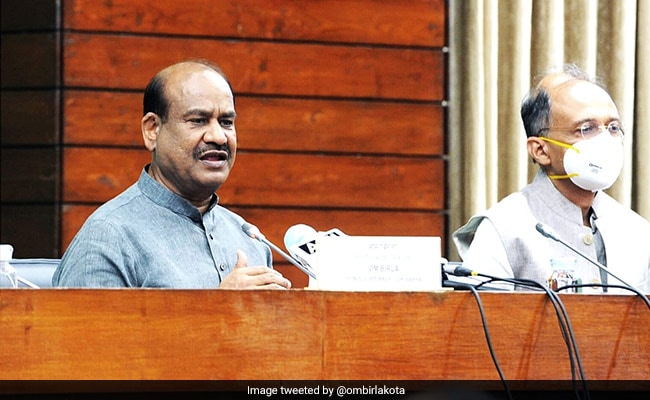 Lok Sabha Speaker Om Birla presided over the Annual General Meeting of the Indian Parliamentary Group at Parliament House Complex today. In the meeting, Deputy Chairman of Rajya Sabha Harivansh and Minister of Commerce and Industry, Consumer Affairs, Food and Public Distribution and Leader of the House in Rajya Sabha Piyush Goyal also participated. More than a hundred present and former MPs of Lok Sabha and Rajya Sabha also participated in this meeting.

PM Modi and Sonia Gandhi seen together, Om Birla held a meeting with the leaders of the parties and the opposition

Referring to the vast experience of the members of the group, the Speaker said that the Indian Parliamentary Group has been sharing views on contemporary political, social, economic and other subjects, which has benefited the common man of the country. Regarding the Outstanding Parliamentarian Award ceremony organized by the group, Om Birla said that from now on this award will be held twice during the working period of a Lok Sabha. He further said that for the year 2018, 2019 and 2020, ‘Outstanding Parliamentarian Awards’ will be given.

Parliament Session: Lok Sabha Speaker expressed anguish over the uproar in the proceedings, said – was trying, keeping everything talking

A proposal to congratulate the medal winners of the Tokyo Olympics was presented in the meeting, which was passed unanimously. Referring to the proposal of the group’s executive committee, Birla said that in the friendship group formed with the parliaments of other countries, the number of members of parliament will be increased from 9 to 12, in which 4 members will be from the Rajya Sabha and 8 members will be from the Lok Sabha. The Executive Committee also agreed to organize a special session of Parliament on the occasion of Amrit Mahotsav on completion of 75 years of India’s independence. Earlier, the Sabha paid tributes to the departed members of the Indian Parliamentary Group. Due to the Corona period, this meeting was organized for the first time during the tenure of the 17th Lok Sabha.