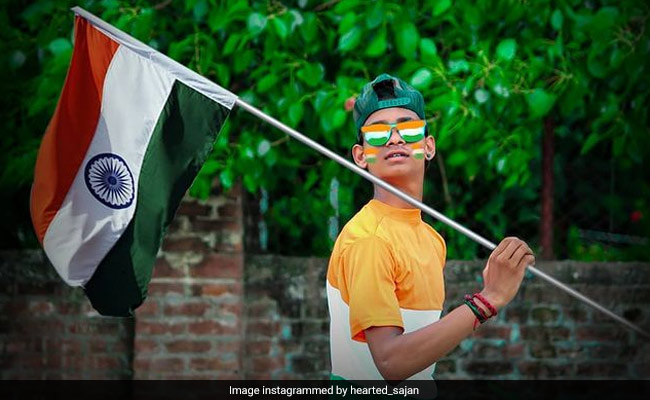 Many such dresses are available in the market to make you feel proud on the occasion of Independence Day.

Independence day 2021 August 15: This date is such that after hearing it, the tricolor is seen waving in the air. Slogans of Jai Hind and Vande Mataram are heard. The feelings of patriotism and patriotism start coming out in the heart. There is another way in such a situation when you can show this feeling of patriotism without saying anything. To make you feel proud on the occasion of Independence Day, there are many such dresses are available in the market which will elevate your spirit and enthusiasm without saying anything. If you want, you can keep this spirit alive in T-shirts, saris, suits and even in rompers of small children.

Can you imagine a white T-shirt with only saffron and green stripes and an artistically written Vande Mataram. One can awaken the same emotion that comes by seeing the tricolor waving gracefully in the air while touching the easy. If not, then definitely look at the T-shirts adorned with the Vande Mataram slogan present in the market. Vande Mataram will be written on T-shirts in so many different ways that good designer outfits will look pale in front of them.

If you do not like the slogan only, then such T-shirts will also be found in the market on which the picture of the martyrs has been made. Bhagat Singh will be the most popular among these martyrs. What better opportunity to salute his martyrdom than this.

Putting a tricolor dupatta on a tricolor sari or suit is also very much in trend on Independence Day. With them, the jewelery colored in the color of the tricolor is icing on the gold. There is also a trend to pin up the saree with a tricolor pin or brooch. If you are wearing a suit, you can feel proud by wearing a dupatta on one shoulder and a tricolor batch on the right hand side.

Children may not speak, but their dress can become their zumba. Especially on the day of independence. There are many such children’s dresses available in the market, on which the tricolor is made in a beautiful way. Lines of patriotic poems are written along with Jai Hind or Vande Mataram. Which makes you feel very well about the importance of this day. 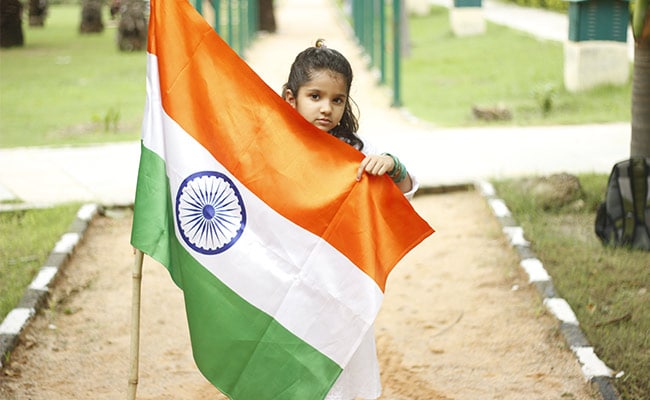 There is a lot of craze among children on 15th August. He is specially prepared for this day.
Photo Credit : Symbolic Photo