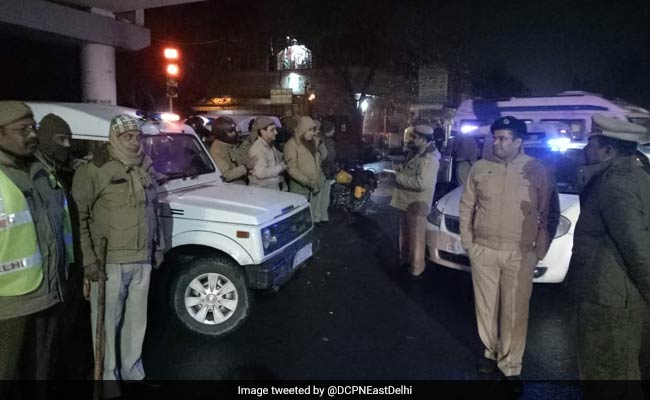 In Delhi’s Tughlaqabad area, the dispute between the people of Gujjar and Jatav family over a piece of land is deepening. On August 15, there was fierce fighting between the two sides. The people of Jatav community allege that Babasaheb Ambedkar’s idol was vandalized and he was prevented from hoisting the tricolor. In this case, according to South East Delhi DCP RP Meena, a PCR was found on August 15, it was told that 150 people have gathered near the statue of Babasaheb Dr. Bhim Rao Ambedkar and the statue has been installed unauthorizedly and there is no one there. are not allowed to come. Then there were more calls where the caller informed that the people of the Dalit community were being prevented by some people from the Gujjar community from hoisting the national flag near the statue of Babasaheb Dr. Bhim Rao Ambedkar. On receiving the information, the police reached the Tughlakabad spot and found a gathering of 50-60 people on the plot where the statue of Babasaheb Dr. Bhim Rao Ambedkar was installed, which was intact and the national flag was unfurled beside it. On enquiry, it was found that there was an altercation between the families of Jatav community and Jitendra’s family of Gujjar community. Both the sides belong to the same locality and there was a dispute over the gathering of a crowd on the plot of the statue of Babasaheb Dr. Bhimrao Ambedkar, when the followers of Babasaheb were hoisting the flag.

Jitendra and his family claimed that they were entering his private land by removing ‘tripal’ and ‘balli’, which they had built to enclose the land to prevent the entry of cattle. That’s why there was a hearing and some people including Charan, Ravi, Maya, Kamlesh, Praveen, Sarita and Savitri all residents of Jatav Mohalla and Jitendra from the other side got injured in the fight. On receiving a complaint from Chandrapal, a case was registered against Jitendra, his two real brothers Deepak and Rinku and his mother Shakuntala and 8 persons for assault, rioting and under SC/ST Act at Govindpuri police station. Investigation further revealed that both the parties have an old dispute over a piece of land which belongs to the Archaeological Survey of India. One side i.e. Jitendra and his family claims to occupy that plot for the last many years while the other side i.e. Jatav community wants to use this vacant part of this land for their community and social functions.

It is also pertinent to mention here that in 2015 a case was registered by Chanderpal against Jitendra’s family under SC/ST Act. That case was quashed by the Delhi High Court, as both sides had settled the matter amicably on the ground that Rajbir would give part of the vacant plot to the Jatav community for social work.

On the intervening night of 14-15 April this year, the matter again flared up when the statue of Babasaheb Dr. Bhimrao Ambedkar was installed and a PCR call was made by Jitendra in this regard. But the Jatav community alleges that the statue was installed by Jitendra himself, Chandrapal told that on that day Jatav families organized a Jagran on the said vacant land by putting up tents on the eve of Ambedkar Jayanti and in the night when the tent was removed, the idol found installed.

After this, on May 16 this year again, a PCR call was made by both the parties. Members of the Jatav community alleged that at around 2 pm, members of the All India Ambedkar Mahasabha reached village Tughlakabad to distribute masks. They gathered at the plot where the statue of Babasaheb Dr Bhim Rao Ambedkar was installed, but Jitendra and his family protested and started pushing and abusing women with casteist remarks against the gathering. On the other hand Jitendra and his family members alleged that the gathering was not following social distancing and they opposed it. Both sides keep complaining against each other continuously.

Keeping in view the sensitivity of the matter, SDM Kalkaji and Land Rights Protection Assistant, Archaeological Survey of India, Delhi Circle, Sub Circle Tughlakabad, were informed about the encroachment on Government, ASI land. There was a possibility of breach of peace between both the parties, hence action was taken under Section 107/150 Cr.PC. Subsequently, on the complaint of Conservation Assistant Sub-Circle Tughlakabad, Govindpuri, Delhi, Jatav Mohalla, Chanderpal of Command, Shashisram, Rajaram, Robin registered NCR No. 42/21 dated 20/04/21 regarding encroachment on the land of ASI had gone.

It is clear from the investigation so far that the idol of Baba Saheb was made a few months back and it was never desecrated by anyone. The ACP is investigating the matter further.