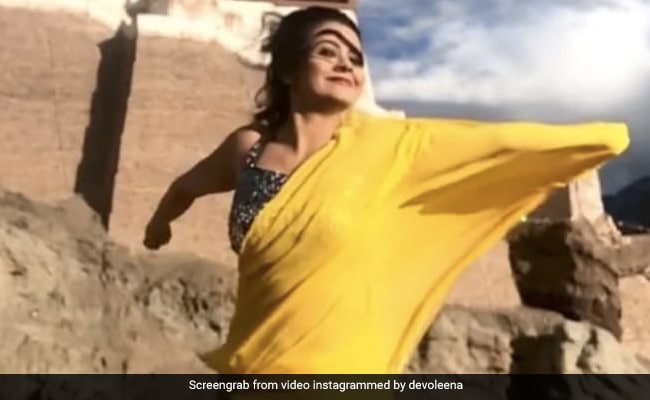 Famous actress Devoleena Bhattacharjee, who made her acting debut with the TV serial ‘Saath Nibhaana Saathiya’, is very active on social media. In ‘Saath Nibhana Saathiya’, the actress played the new character of Gopi Bahu. At the same time, these days she remains in a lot of discussions on social media with her dance videos. He has shared his latest dance video on social media. Which is being liked a lot. In this video Devoleena Bhattacharjee has danced on the song ‘Suraj Hua Maddham’.

Has stepped into the world of TV with ‘Saath Nibhana Saathiya’

Actress Devoleena Bhattacharjee started her career as Gopi Bahu in Star Plus’s famous serial ‘Saath Nibhaana Saathiya’. Also, she has also appeared in Bigg Boss 13. He gained tremendous popularity from Bigg Boss. Currently, she is also playing the role of Gopi in Season 2 of ‘Saath Nibhana Saathiya’. At the same time, his dance and singing videos are well-liked on social media.