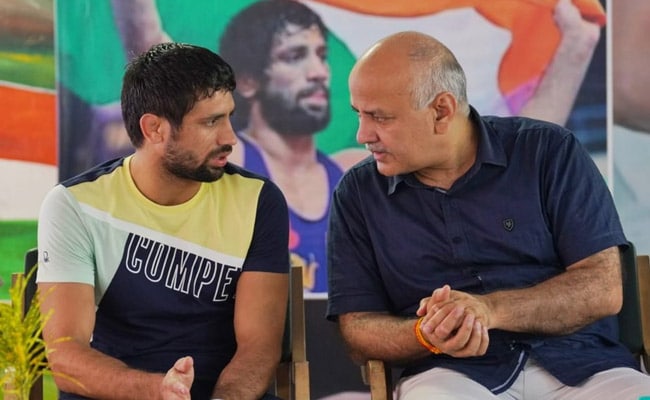 The Delhi Government has changed the name of Government Children’s School to ‘Ravi Dahiya Bal Vidyalaya’.

The Delhi government had assisted Ravi Dahiya for training, coaches and other sports equipment during his training under ‘Mission Excellence’. Honoring Ravi Dahiya, Deputy Chief Minister Manish Sisodia said that it is a matter of great pride for us that a child who came out of our school is bringing Olympic medals for the country. He said that a big portrait of Ravi Dahiya would also be installed in this school, so that after seeing him, children would be inspired, cherish their dreams and do better in the field of sports. This will also serve to encourage the children. He said that our government is committed to promote sports in Delhi. The government is going to start a separate School of Specialized Excellence and Sports University for sports. The objective is to recognize the talent of the players from the very beginning and prepare them for the Olympics by giving them world class training. Admission in this school and university will start from next year.

On this occasion, Ravi Dahiya said that, “Delhi government started supporting him from the time when he was not even selected for the Olympics and with this support of Delhi government, I will represent the country in the next Olympics. I will bring it by winning the gold medal.” Under the Delhi Government’s ‘Mission Excellence’ scheme, Ravi Dahiya started getting support from his training days, which helped Ravi Dahiya a lot during his training. He said that during Corona when everything was closed but after a few months the Olympics were about to start, during that time the Delhi government went ahead and helped me and continued special training for me. This helped me a lot and I was able to win medals for the country.