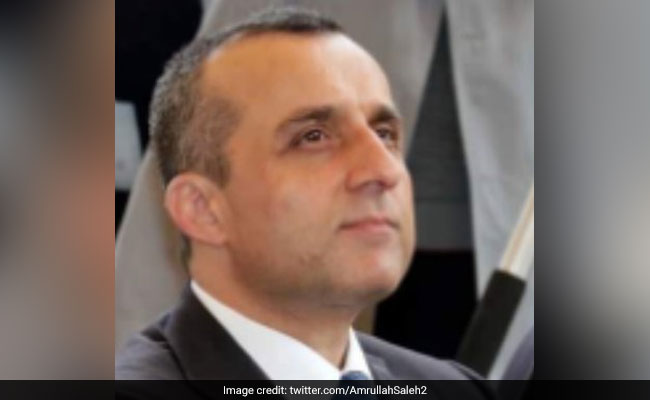 Saleh fought alongside guerrilla commander Masood in the 1990s gS

Afghanistan Crisis: Afghanistan’s Vice President Amrullah Saleh has clearly said that after the weakening of his government Taliban He may have captured the capital Kabul, but he is not going to surrender. He appears to have traveled to his last place in the country, the Panjshir Valley, northeast of Kabul. Before going underground, Saleh wrote on Twitter on Sunday, ‘I will not disappoint the millions of people who chose me. I will never, ever be with the Taliban.

I will never, ever & under no circumstances bow to d Talib terrorists. I will never betray d soul & legacy of my hero Ahmad Shah Masoud, the commander, the legend & the guide. I won’t dis-appoint millions who listened to me. I will never be under one ceiling with Taliban. NEVER.

It is futile to argue with @POTUS on Afg now. Let him digest it. We d Afgs must prove tht Afgh isn’t Vietnam & the Talibs aren’t even remotely like Vietcong. Unlike US/NATO we hvn’t lost spirit & see enormous oprtnities ahead. Useless caveats are finished. JOIN THE RESISTANCE.

A day later, pictures started surfacing on social media in which the former vice-president is seen in Panjshir with his former mentor and son of anti-Taliban fighter Ahmed Shah Masood. This area is located near the hills of Hindukush. The sons of Saleh and Masood, who command a militia force, gather in Panjshir for a guerrilla movement to counter the Taliban.

“Thanks to the Air Force”: Indian Ambassador said on safe return from Kabul in difficult circumstances

Known for its natural surkha, Panchsheer Valley never fell under the Taliban in the civil war of 1990, nor was it conquered by the (then) Soviet Union a decade earlier. “We will not allow the Taliban to enter Panjshir,” a resident said on condition of anonymity. We will oppose and fight it with all our might. This fighter will in a way be one of Saleh’s long struggle against the Taliban. Orphaned at an early age, Saleh fought several battles with guerrilla commander Masood in the 1990s. He served in the government. The Taliban captured Kabul in 1996. Saleh says that his sister was also tortured by the fanatics to know her address and ‘hunt’. In a Time magazine editorial last year, Saleh wrote, “What happened in 1996 changed my views on the Taliban forever. ‘