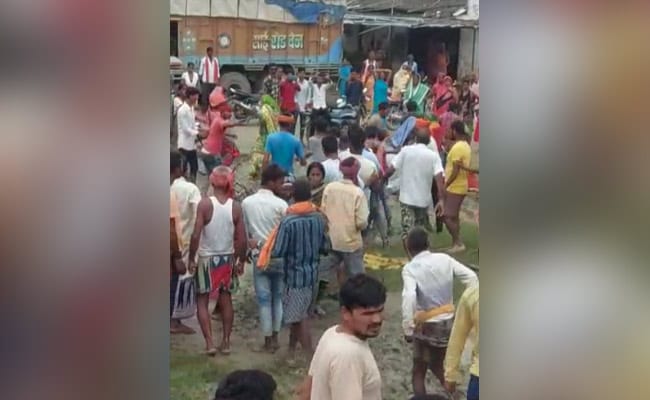 What happened at the vaccination center at the Anganwadi center of Etawa village in the Uchhaka village block of Gopalganj, Bihar, is very sad. In fact, the villagers reached here in such large numbers that they had to make long queues. During this, such a dispute arose about standing in the line that some people started beating each other after pushing and running. A villager made a live video of this beating and posted it on social media. This video is becoming increasingly viral.

A vaccination center has been set up at the Anganwadi center of Etawa village of Gopalganj. Where the villagers reached in such numbers that long queues had to be formed. Standing in the line, such a dispute escalated that some people started beating others after being pushed.@ndtvindia@Anurag_Dwary pic.twitter.com/QTWHU8fy00