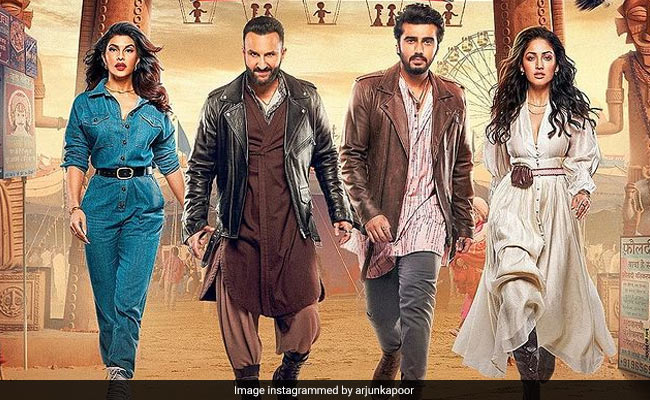 The trailer of Saif Ali Khan and Arjun Kapoor’s most awaited film Bhoot Police has been released. The film also stars Jacqueline Fernandez and Yami Gautam in lead roles. All the stars are sharing the trailer of the film on their respective social media accounts. Arjun Kapoor also shared the trailer on his Instagram handle and wrote, “This horror comedy is unique and the trailer is also new, if you want to scare the ghosts, then hurry up view. #BhootPolice is coming this 17th September”.

The trailer of this multi starrer film looks very funny to watch. Javed Jaffrey will also be seen playing the lead role in the film. Significantly, the film was in discussion for a long time. The film is a horror comedy, directed by Pawan Kriplani. Saif Ali Khan is playing the role of Vibhuti in the film, while the name of Arjun’s character is Chironji. The story of the film revolves around two brothers, whose job is to catch ghosts. While Saif considers this profession to be only business, Arjun is serious about it.