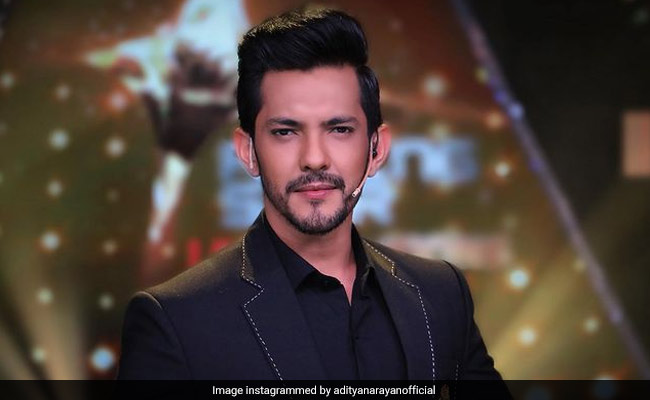 Zee TV show Saregamapa has been carrying forward the legacy of finding some of the most iconic stars of the music world for the past 25 years. These stars include many famous stars like Shreya Ghoshal, Kunal Ganjawala, Kamal Khan, Amanat Ali, Raja Hassan, Sanjeevani and Bela Shende. After the stupendous success of Saregamapa L’il Champs last year, Zee TV is now back with its most celebrated and longest running singing reality franchise Saregamapa, which has been etched in the hearts of not only music lovers for many years now, But it is also continuously evolving with time.

The new season of the show promises to provide an ocean of opportunities to aspiring singers across the country. The judges of the show Himesh Reshammiya, Vishal Dadlani and Shankar Mahadevan are coming to give them a chance to showcase their talent, hone their skills and prepare them for a stellar career in the world of music. The latest news related to this show is that the passionate singer and anchor Aditya Narayan will be seen as the host of the upcoming season.

Aditya, who was last seen on Saregamapa in the year 2018, will once again return to this stage. Like Shankar and Vishal, she is also very excited about her return and she described it as a homecoming experience. Excited to host Saregamapa once again this year, Aditya Narayan said, “Saregamapa is like returning home for me. It is a show that I have been associated with for a long time and this platform is like home for me. I have hosted around 7 seasons of the show from 2007 to 2018. Since then I have come a long way and I think hosting this show along with the judges of this season will surely be an exciting experience “

Talking about the judges of this season, he added, “If I recall, the first season of Saregamapa that I hosted, Himesh sir and Vishal sir were also involved. I was really excited about performing in front of them at that time. Was very nervous. Though I get a little nervous thinking this because I have always seen them as musicians. It feels great to work with them as we have developed a very good relationship over the years. I thank HR a lot. While I have a special bond with Vishu sir and I respect Shankar ji a lot, with whom I have worked in the season of 2009. I think all the three judges of this season are a wonderful combination. And he is one of the best composers of this era. In fact his sense of humor is also amazing and I think this is also very important to make a popular show on a global scale. Coming on stage with him Always an honor for me.”