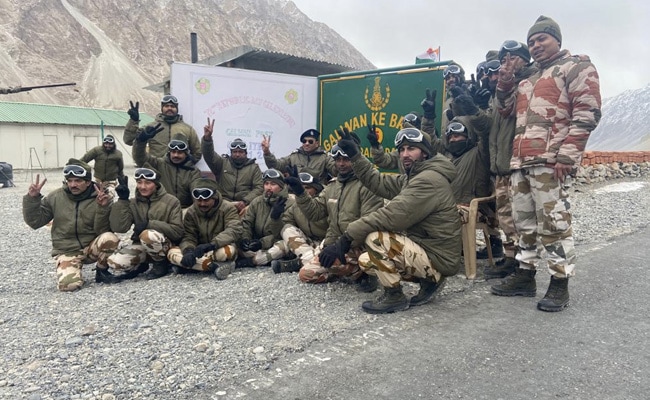 These are the highest gallantry medals awarded to ITBP for the bravery of its jawans in fierce face-to-face skirmishes/ border guarding duties.

In addition to the above, 3 jawans have been awarded PMG for displaying courage, grit and determination in anti-Naxal operations in Chhattisgarh.

In Eastern Ladakh, ITBP troops responded fiercely to PLA troops and kept the situation under control by effective use of equipment and shields and during fierce face-to-face skirmishes. With the highest order of professional prowess, ITBP soldiers fought shoulder to shoulder and rescued the wounded soldiers. Even at times ITBP personnel fought the whole night, giving a befitting reply to the stone pelters of PLA. At some places they put up strong resistance in extremely challenging conditions for about 17 to 20 hours in the middle of the night.

Owing to the force’s high training and survivability experience in Himalayan deployments in snowy altitudes, ITBP troops effectively held PLA troops and due to the all-round and relentless response of ITBP troops, effective defense of several fronts was made.

The ITBP personnel displayed courage, determination, and valor of the highest order and displayed the utmost professional skill in the face of violent physical melee by the PLA without regard for personal safety, at times injuring themselves.

In addition to these gallantry medals, 300 ITBP personnel have already been awarded DG’s Commendation and Insignia for Gallantry by DG ITBP SS Deshwal at ITBP deployment sites in Eastern Ladakh in September, 2020.